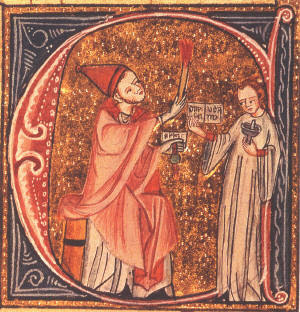 In an online story published by The Wall Street Journal, titled “Twenty-first Century Excommunication,” and accompanied by a video interview of the reporter, Mollie Ziegler Hemingway, the recent property disputes of The Episcopal Church were grossly mischaracterized. I have served as the Episcopal bishop of San Diego for almost seven years, and in that capacity dealt with three congregations in which the ordained leaders and their followers attempted to leave the Episcopal Church with parish property. In these dealings, I was threatened with death and told I will go to hell by those who claim to love Jesus more than I do. Other colleagues have had similar experiences, from death threats to being spit at during church services. Ms. Hemingway would have you believe that the animus we have received is about scriptural interpretation, but make no mistake: this is about power.

To fully understand this situation, it is important to grasp the canonical (i.e. legal) structure of The Episcopal Church. Parishes are creations of the diocese in which they are situated, in some cases deriving their tax exempt status because they are an irrevocable part of the diocese. As a condition of ordination, clergy vow obedience to their bishop. Congregations begin as mission churches under the direct supervision and financial support of the bishop with property held by the diocese. When such a church becomes a parish, by vote of diocesan legislature, the congregation pledges to be subordinate to the constitution and canons of the Episcopal Church as well as the constitution and canons of the diocese. After becoming a parish, they may incorporate under the religious incorporation statutes of the state in which the congregation is situated. The diocese will usually transfer title to real property to the parish at that time to be held in trust for The Episcopal Church.

When individuals purported to alienate property which had be given to The Episcopal Church, I was bound by my fiduciary role as a bishop to prevent that from happening. Because The Episcopal Church, like so many others, follows state laws of incorporation, I had no alternative but to file suit in civil court to remedy the matter. This is analogous to a landlord finally going to civil court to gain relief from a non-paying renter or an owner using legal means to deal with a squatter. Thus, those leaving The Episcopal Church were catalysts of these law suits by breaking their solemn vows and by attempting to seize property they had no right to possess.

Ms. Hemingway suggests that The Episcopal Church is depriving these departing Episcopalians of a relationship to Anglican bishops and foreign dioceses. Oddly, these individuals claim to desire a relationship with a bishop of their own choosing. But bishops are those who by definition maintain order and oversight over the church. To put it in historical terms, this is rather like choosing to succeed from the nation when the current leadership is not to your liking. Thus, when the presiding bishop of The Episcopal Church urges her colleagues not to provide aid and comfort to those who would undermine our church, she has history on her side.

In the final analysis, no one has been excommunicated; rather some individuals have left our church. On their way out, they have tried to take what does not belong to them and, in an unimaginative attempt to cover their unseemly behavior, they have pointed the finger at their victim, The Episcopal Church. The Wall Street Journal and Ms. Hemingway have either been duped or shown a stunning lack of care in reporting. The only thing in this story that has been excommunicated is the truth.